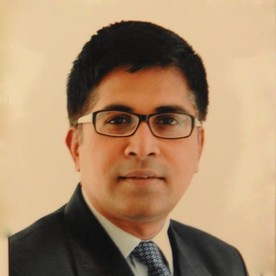 Mr. Ravishankar Rajaraman is the Technical Director for the JP Research India offices and Chairman of the Technical Steering Committee for RASSI (Road Accident Sampling System – India), a consortium of some of the major figures in the auto industry, including Robert Bosch GmbH, Nissan, Mercedes-Benz, and Toyota TCRDL. Trained in Michigan as an automotive engineer (MS, Automotive Engineering, from Lawrence Technological University), Mr. Rajaraman’s professional experience includes two years in the insurance industry as a motor vehicle loss assessor and automotive trainer for Tata AIG General Insurance Company. He has provided safety engineering expertise to JP Research’s efforts to collect and create a “real world” accident database for various regions in India. For the India accident database projects, Mr. Rajaraman has led teams of engineers and researchers in gathering and analyzing crash-scene data, often with the close cooperation and assistance of the local police, Original Equipment Manufacturers (OEMs) and insurance companies.

From his earliest JP Research India projects (for the city of Chennai and an area of NH-45 between Otteri and Acharapakam), he has worked on perfecting methods for collecting and recording crash data in a standardized format and inputting it into a database. The resulting approach is modeled on the methods used by the national Co-operative Crash Injury Study (CCIS) database in the UK and NHTSA’s FARS and NASS databases in the US, but adapted for application to India’s roads and traffic issues. The ground-breaking data and analysis projects he has contributed to have been funded under various contracts, including several undertaken for the International Road Assessment Program (iRAP) with World Bank funding. Mr. Rajaraman is also instrumental in writing JP Research India’s quarterly newsletter, SafetySpeak!, which focuses on India-specific traffic safety research.