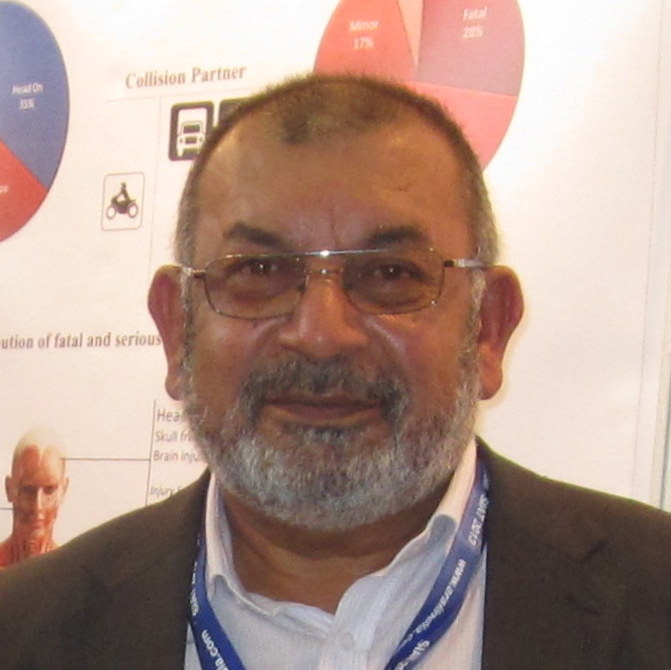 Dr Hassan is a former Research Fellow at the University of Birmingham, UK, and the Head of the Birmingham Automotive Safety Centre (BASC). He was also responsible for leading the Birmingham arm of The Co-operative Crash Injury Study (CCIS), one of the largest and unique studies in the field of injury causation in road traffic collisions involving passenger cars in the United Kingdom. He has a rich experience of more than 25 years in the field of occupant biomechanics and injury mitigation.

He has also collaborated on international studies in Europe and Asia and USA. His work has contributed to many aspects of secondary safety in vehicle design. He has authored more than 100 technical literatures and has also acted as reviewer for International Conferences and Journals. He has also been an external examiner for several undergraduate and post graduate projects in automotive safety. He acts as an external examiner for PhD and Master’s Thesis and a reviewer of papers for international journals and conferences.

Dr Hassan has been involved in traffic safety work in India since 2000 and was one of the first recipients of the UKIERI awards to conduct collaborative studies for a period of 5 years with a leading IIT in India. His involvement with JPR has been for over 20 years and has been involved with JPR India at every stage since its inception in 2008. His main role is in the development of crash investigation methodology, and providing training and technical assistance to researchers working on the RASSI project.  He has also supervised and guided work on other projects undertaken by JPRI.  Dr Hassan has collaborated and co-authored many technical papers prepared and presented by young researchers at various conferences as on behalf of JPRI.